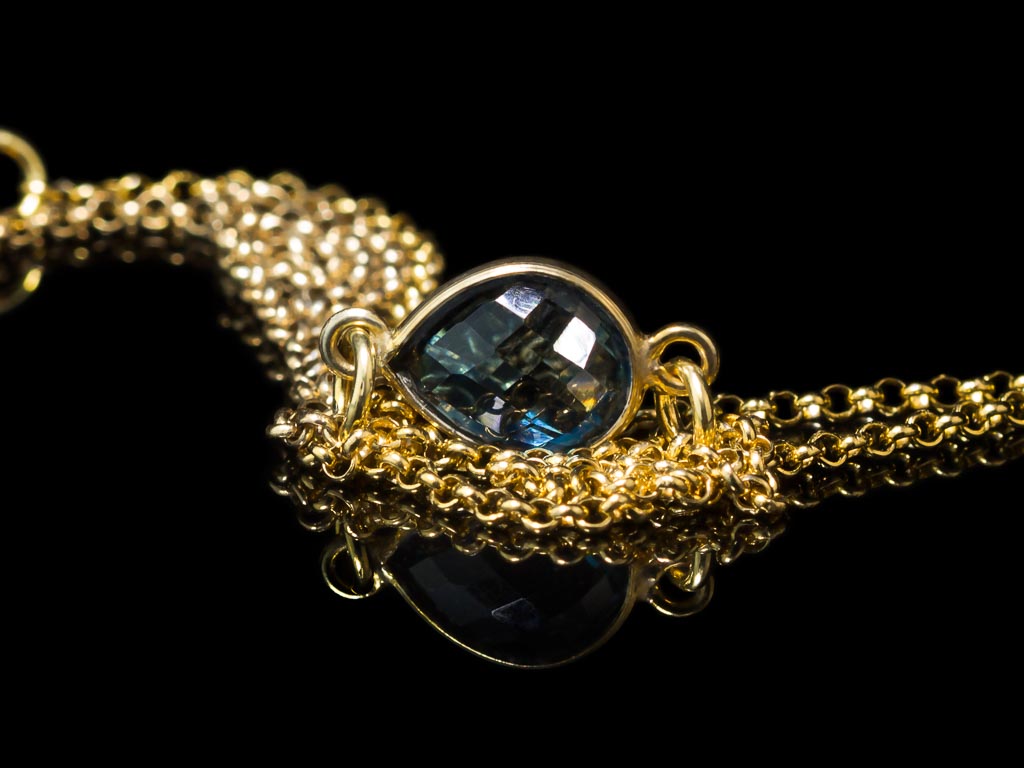 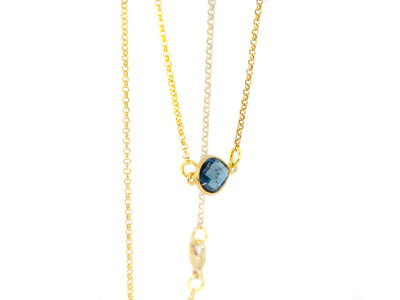 Here you can see a substantial London Blue Topaz set in Gold vermeil on an elegant Gold vermeil chain.
Gold vermeil is Gold plated Sterling Silver.
The Topaz is beautifully faceted in the shape of a vertical drop and reflects the light in different shades of blue.
This valuable semi-precious stone has been used in jewellery for centuries, used in amulets of power and influence.
Its rarity has meant that it has become associated with glory and success.
The ancient Greek believed, this gem possessed the power to increase strength.
Today Topaz is used to treat insomnia, it stimulates blood circulation and increases appetite.
Probably the most famous Topaz is a colourless, clear one that originally was long thought to be a Diamond.
It is a 1680-carat stone known as the 'Braganca Diamond' that is set in the Portuguese Crown Jewels.
Topaz is traditionally given on 4th, 19th and 23rd Wedding
Among the trade names for the various shades of blue are Sky Blue, Swiss Blue and London Blue.
The lightest of these shades is Sky Blue Topaz, which resembles a watery summer sky, and darkest is the velvety blue of the London Blue as seen here.