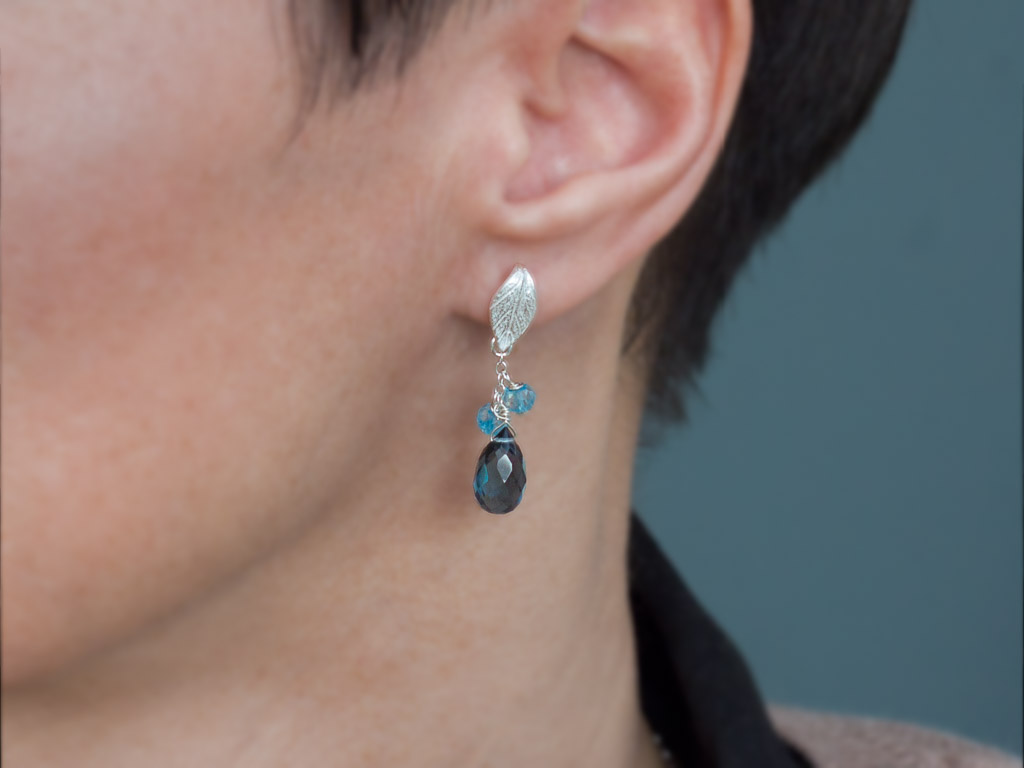 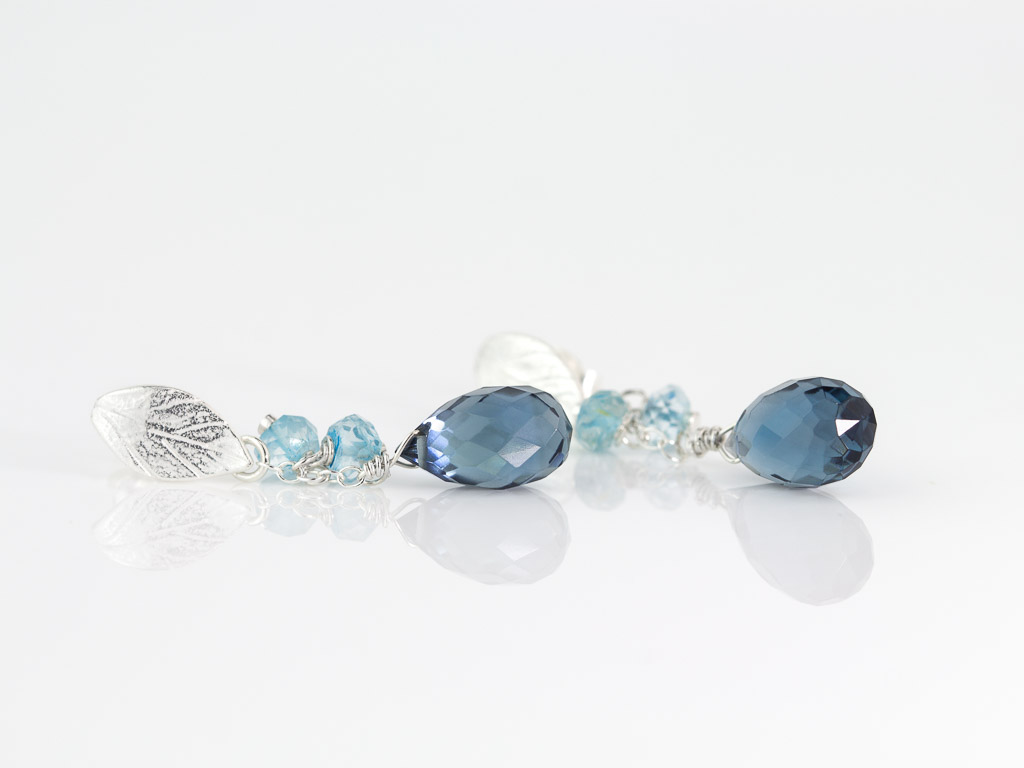 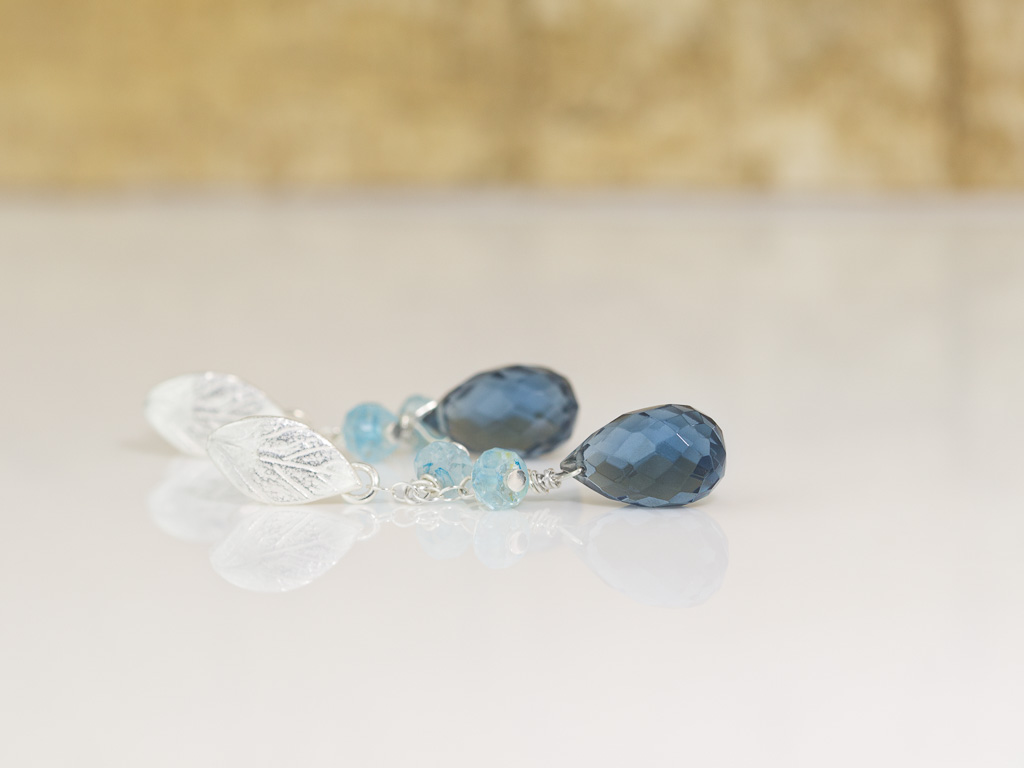 These lovely dangly earrings each feature a little leaf with a large drop shaped London Blue Topaz accompanied by two Sky Blue Topaz.
These wonderful blue gemstones have been carefully faceted to reflect the light with a sparkle and are of the exquisite quality AAA.
All handmade in Sterling Silver.

Topaz is a semi-precious stone that has been used in jewellery for centuries, used in amulets of power and influence.
Its rarity has meant that it has become associated with glory and success.
The ancient Greek believed, this gem possessed the power to increase strength.
Today Topaz is used in alternative healing to treat insomnia, it stimulates blood circulation and increases appetite.
Probably the most famous Topaz is a colourless, clear one that originally was long thought to be a Diamond.
It is a 1680-carat stone known as the 'Braganca Diamond' that is set in the Portuguese Crown Jewels.
Topaz is traditionally given on 4th, 19th and 23rd Wedding
Among the trade names for the various shades of blue are Sky Blue, Swiss Blue and London Blue.
The lightest of these shades is Sky Blue Topaz, which resembles a watery summer sky and the London Blue is a unique dark blue.

Measurements:
These earrings are 40 mm long.
The London Topaz drop measures 10 mm by 5 mm and the Sky Topaz are 4 and 3.5 mm. 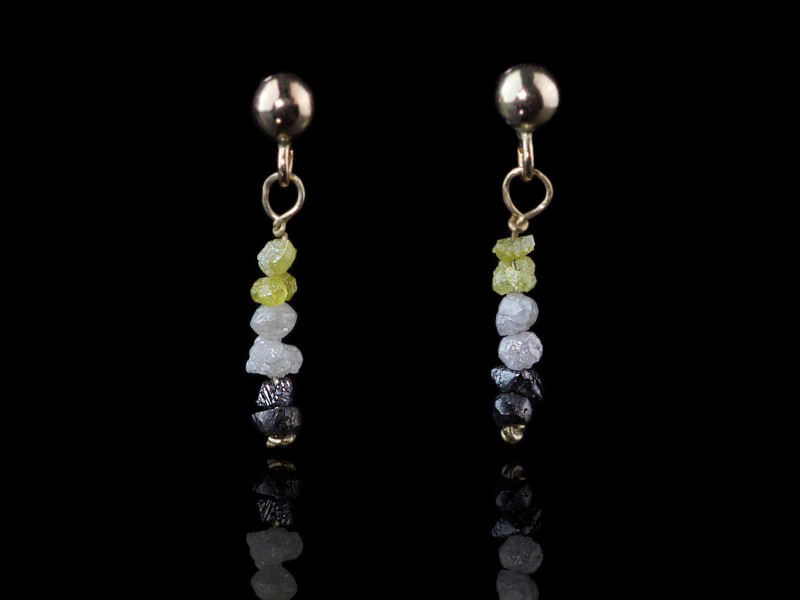 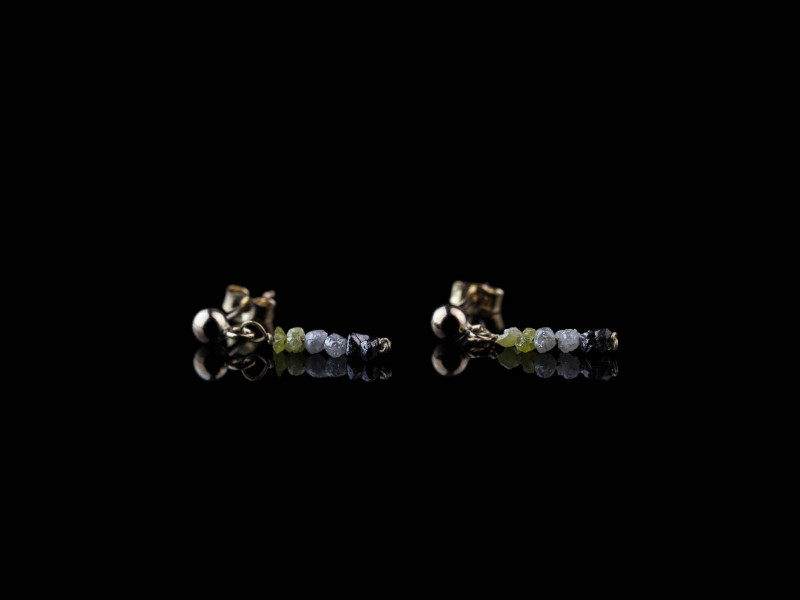 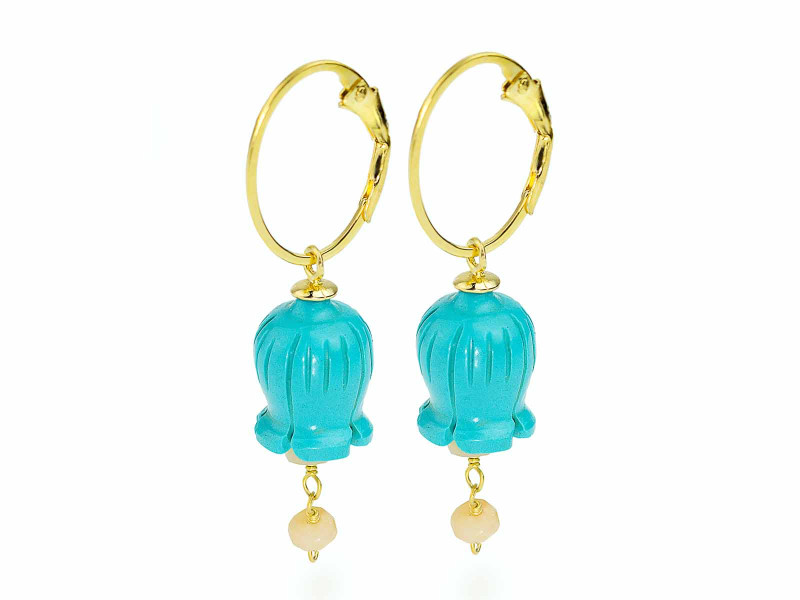 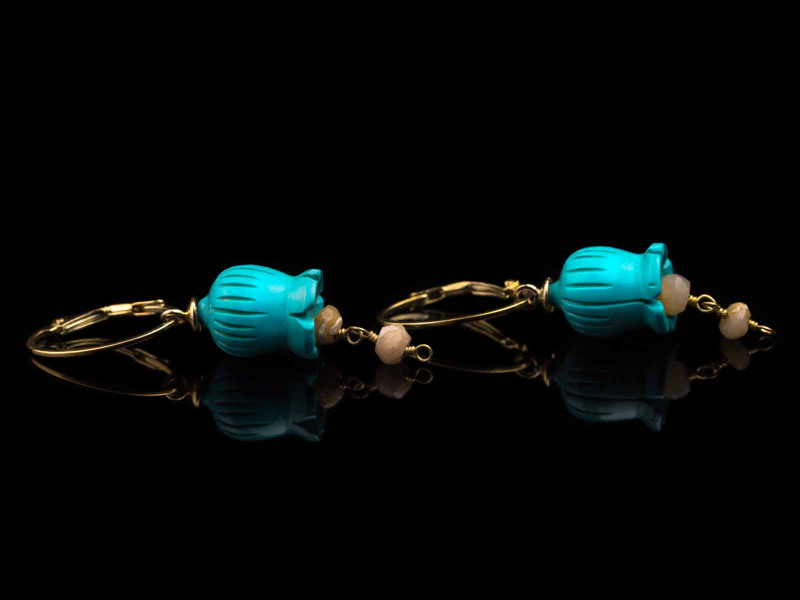 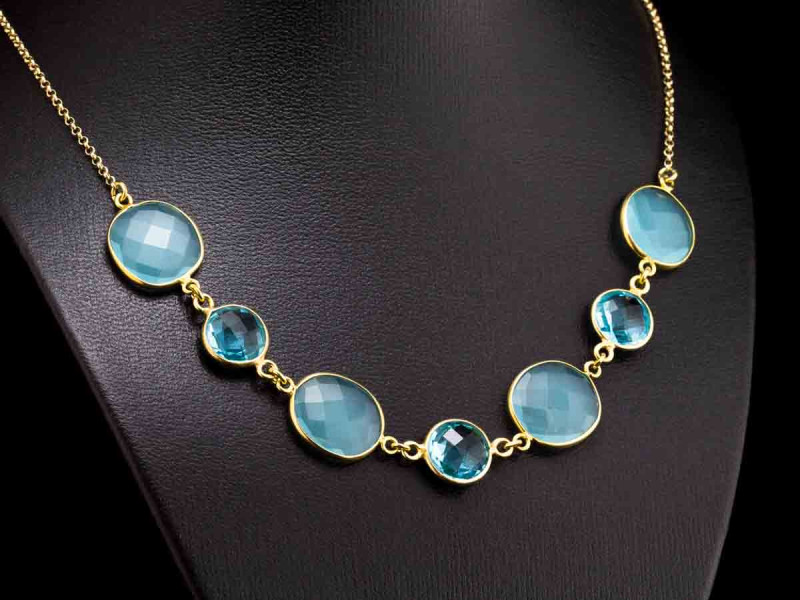 BLUE BREEZE | Necklace with Chalcedony and Swiss Topaz in Gold vermeil (sold)
This necklace is made of a Gold vermeil chain with four slightly oval facetted discs from beautiful light blue Chalcedony and three round on..
0€
Add to Cart
Add to Wish List Compare this Product
Question Custom order 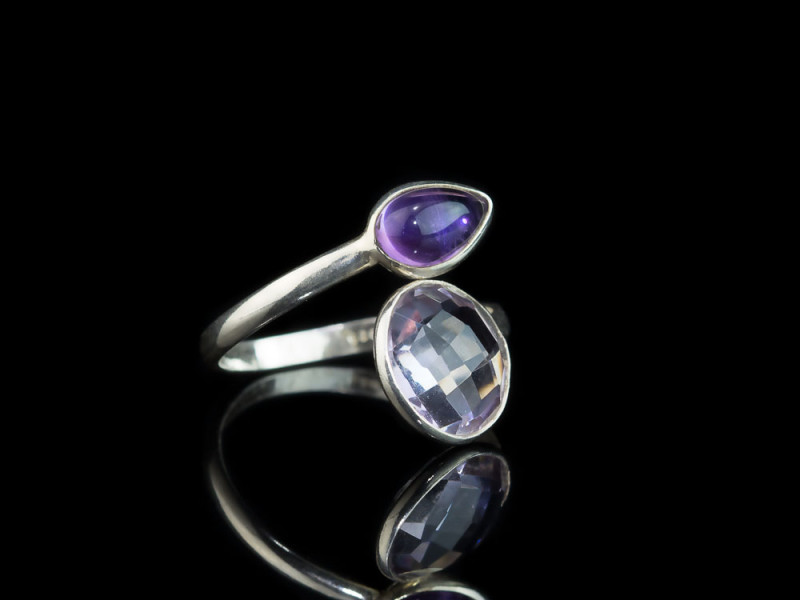