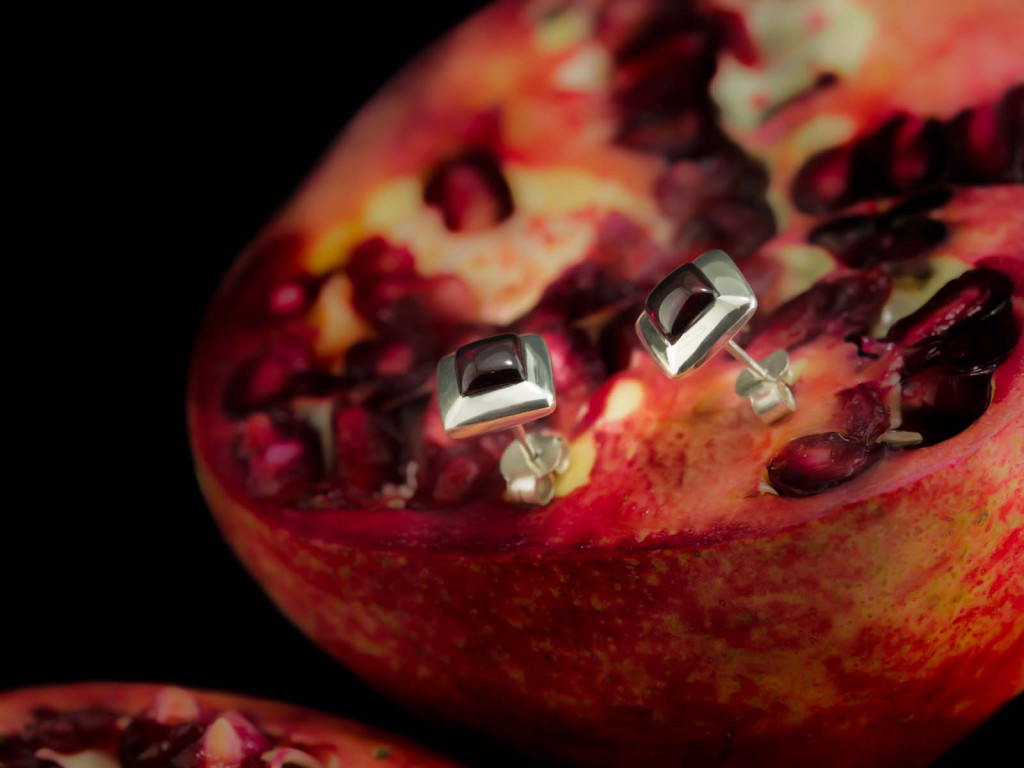 These are elegant square ear studs with smooth Garnet cabochons in polished Sterling Silver settings.
The colour of these Garnets is very dark red to purple in colour with some interesting inclusions if you look closer.
The name 'Garnet' stems from its resemblance to the seeds of the fleshy seeds of the pomegranate fruit, which are pictured here with the bracelet.
In other languages Garnet is called 'Granat', the same name as the fruit.
Garnet is said to cure melancholy and to warm the heart.
It also symbolises vitality in all its forms, such as strength and fertility.
Its powers include healing, strength, and it is often worn to relieve skin inflammations.
It also regulates the heart and blood flow and aid in curing depression.
Garnet is believed to have the power to bring success in business, fame and popularity, providing protection and bringing spiritual awareness.
Slices of Garnet have been used in windows in churches and temples,
and according to the legend, Noah has suspended a garnet in the ark in order to disperse light.
It is also the gem to be given on a 2nd and 6th Wedding Anniversary.
Garnet is January's birthstone. 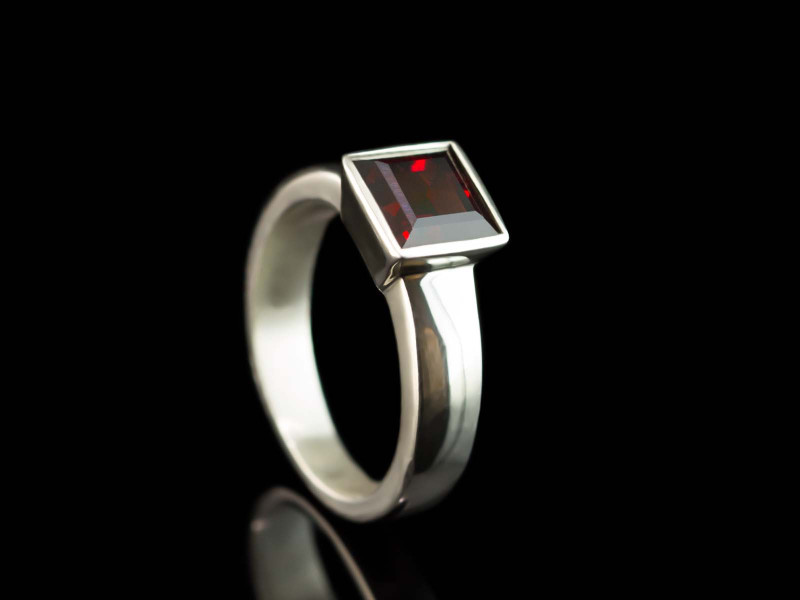