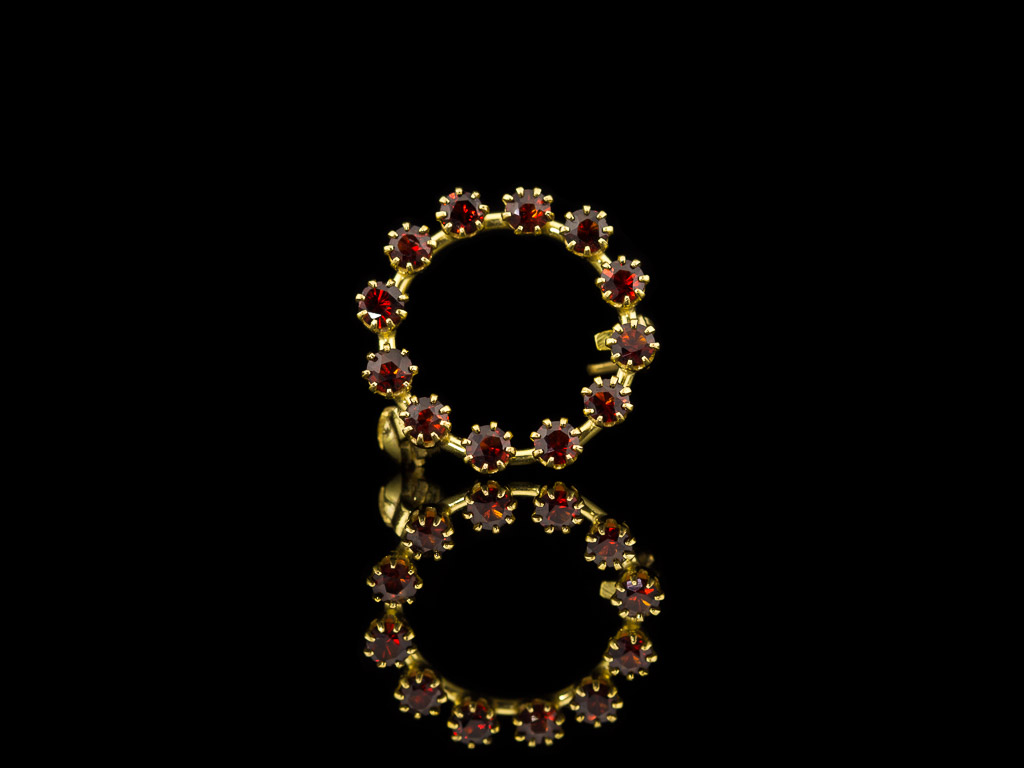 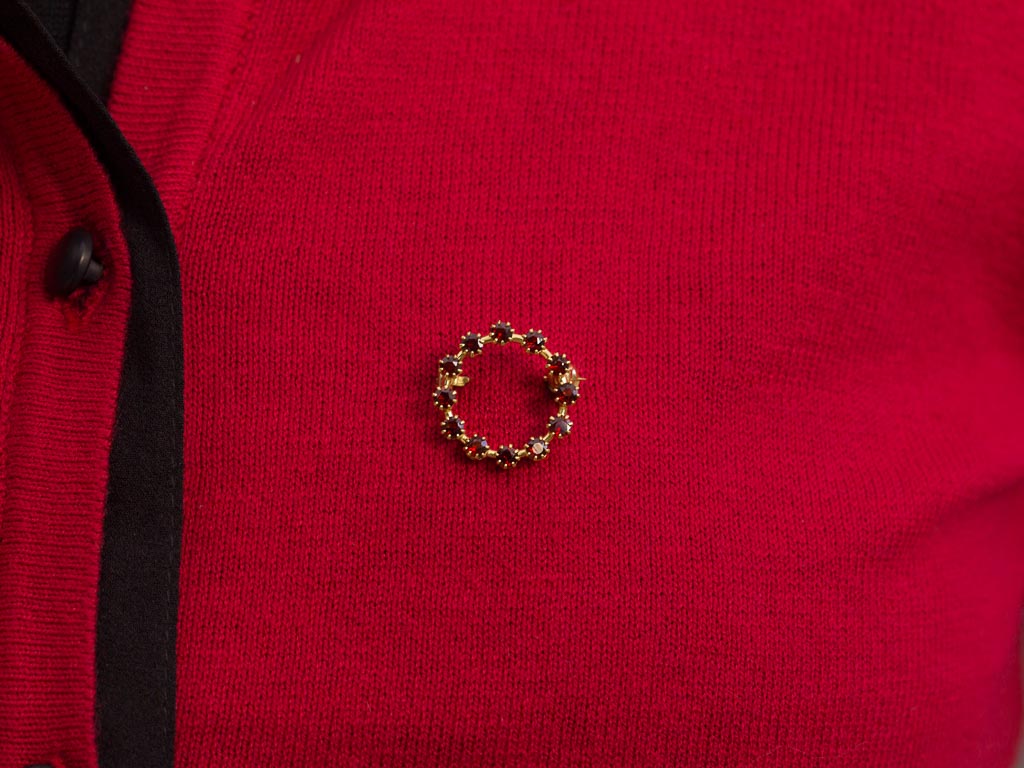 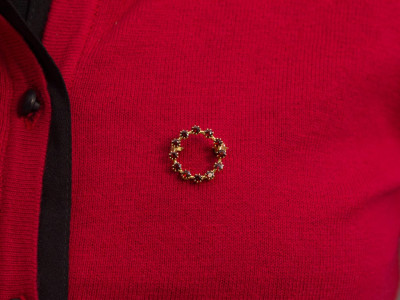 This is a brooch with twelve supreme quality Garnets in the form of a circle.
It is handmade from 9ct Gold.
These Garnets, which are are exceptionally clear and bright, come from Mozambique.
Their colour is full of warm red glow when reflecting a light source.
The brooch can be worn as a scarf pin or a versatile elegant accessory to a piece of wardrobe of almost any colour.
The number 12 resembles a full circle and has always had symbolic meanings throughout human history.

The name 'Garnet' stems from its resemblance to the seeds of the fleshy seeds of the pomegranate fruit.
In other languages Garnet is called 'Granat', and even has the same name as the fruit in most languages.
Garnet is said to cure melancholy and to warm the heart.
It also symbolises vitality in all its forms, such as strength and fertility.
Its powers include healing, strength, and it is often worn to relieve skin inflammations.
It also regulates the heart and blood flow and aid in curing depression.
Garnet is believed to have the power to bring success in business, fame and popularity, providing protection and bringing spiritual awareness.
Slices of Garnet have been used in windows in churches and temples,
and according to the legend, Noah has suspended a garnet in the ark in order to disperse light.
It is also the gem to be given on a 2nd and 6th Wedding Anniversary.
Garnet is January's birthstone.

Measurements: The brooch has a diameter of 20 mm and each Garnet is 3 mm.

Gehaemmert - Sterling Silver hammered Brooch
This solid sterling silver Brooch is made with a 1mm thick Sheet of Sterling Silver. Annealed, forged, hammered and soldered into a an asymetrical sha..
150€
Ex Tax:150€
Add to Cart
Add to Wish List Compare this Product
Question

PANDA | Brooch-Pin made of Sterling Silver
Do you like Panda bears as much as I do?Then this handcrafted Sterling Silver brooch is is the perfect accessory for you.Handcarved ..
100€
Ex Tax:100€
Add to Cart
Add to Wish List Compare this Product
Question 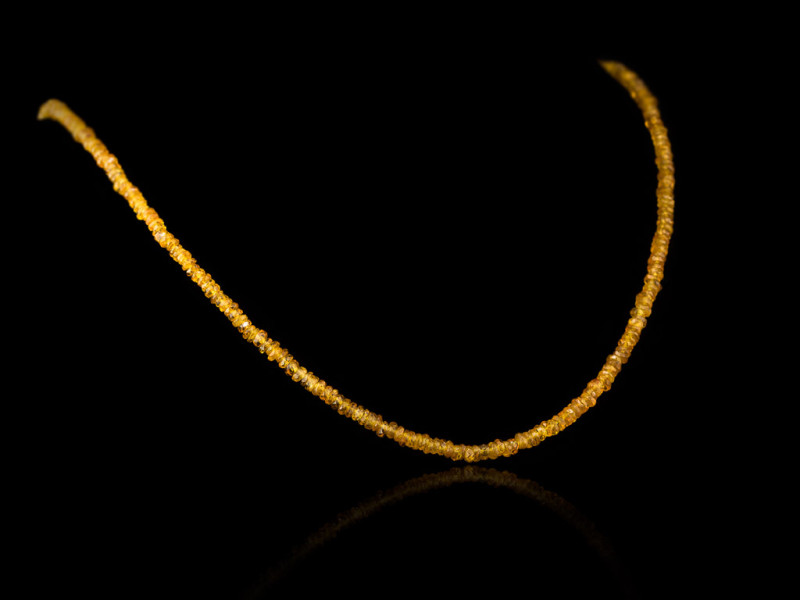 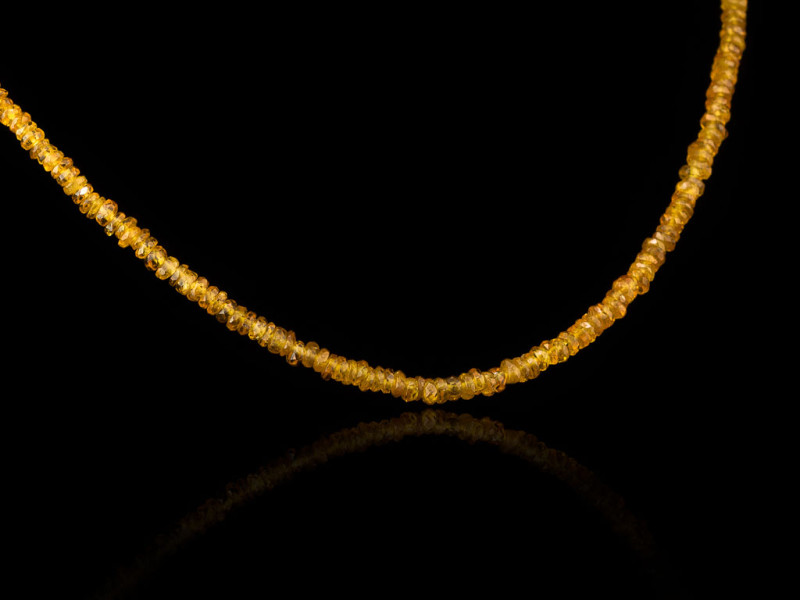 EXCLUSIVELY ORANGE | Mandarin Garnet necklace with Sterling Silver (made to order)
This exclusive necklace consists of Mandarin Garnet rondells in the exquisite AAA quality.Each link of this rare gemstone has been facet..
340€
Ex Tax:340€
Add to Cart
Add to Wish List Compare this Product
Question