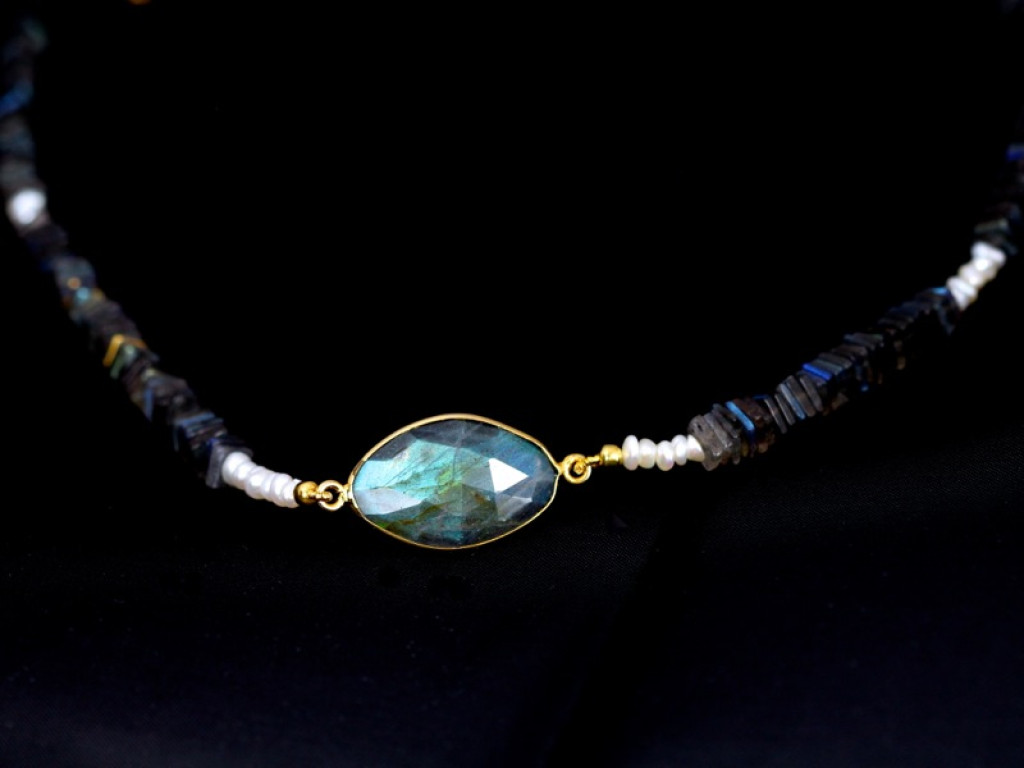 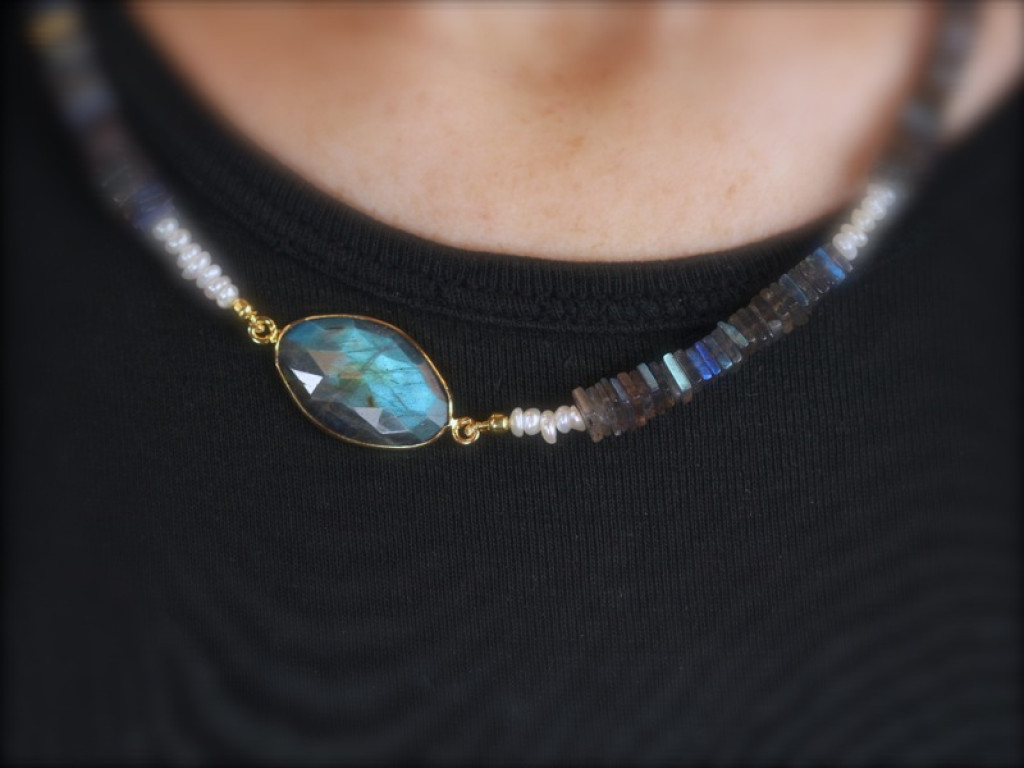 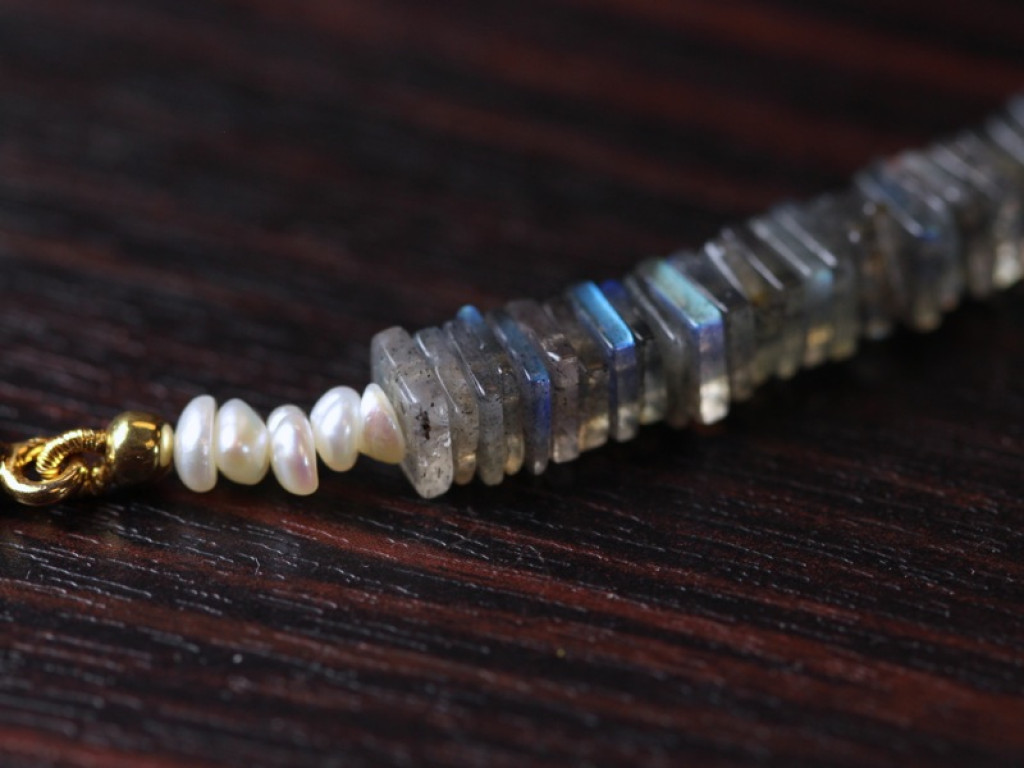 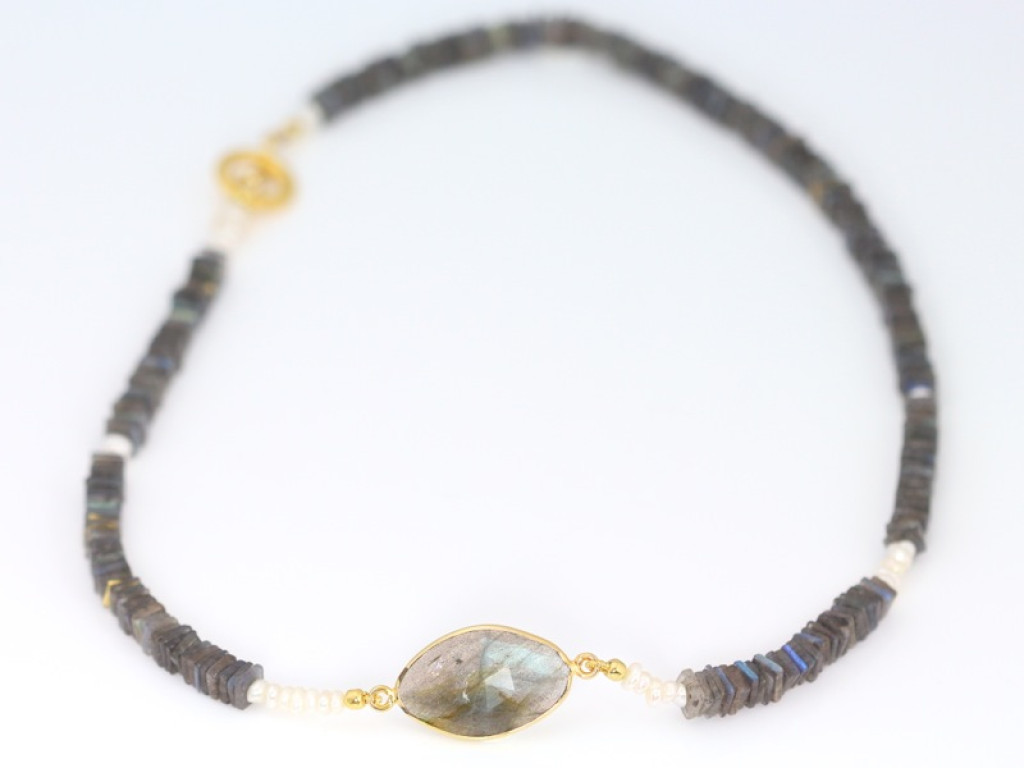 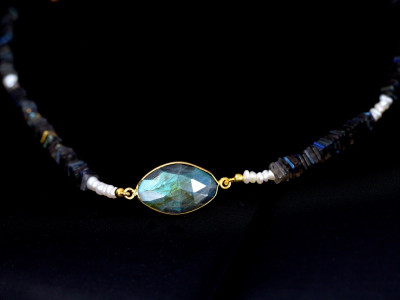 Labradorite, with its iridescent play of colours, was first found in 1770 on St. Paul Island, the Labrador Peninsula in Canada.
They commonly display the beautiful Labradorescence with this play of amazing colours throughout the stone itself.

This stone allows you to see through illusions and determinate the actual form of your dreams and goals; the path chosen before you entered the earthly plane to some.
The Labradorite Crystal is believed to be a stone of magic, widely known to give a resonance of power, it is thought to bring great changes to person's life.

The Pearl is the Birthstone of June, and amongst all have always been considered the most beautiful product of nature.
Within Eastern nations, pearls are credited with the power of preserving the purity of their wearers.
They too possess healing qualities, traditionally used in Roman times and in China as medical ailments.

Measurements:
The necklace is 46cm long.
The total length of the faceted Labradorite is 3 cm.
The Labradorite crystal itself is 2.5 cm x 1.5 cm.
Each Labradorite square is 0.5 cm.
The Freshwater Pearls each lie between 0.3 cm and 0.4 cm.