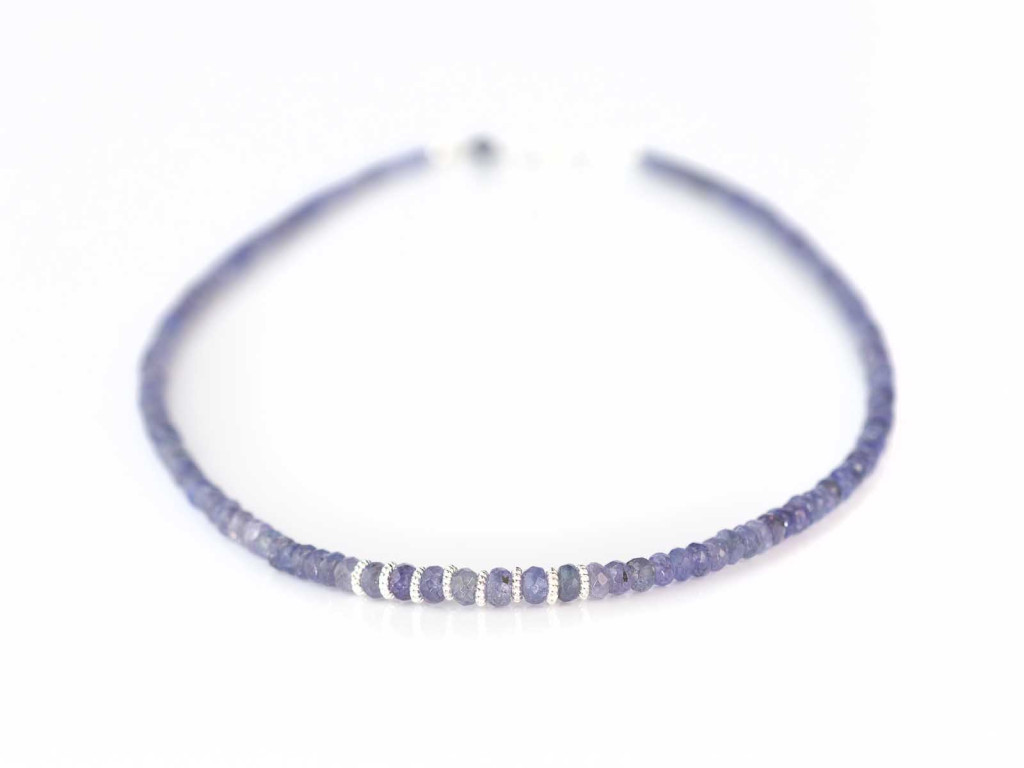 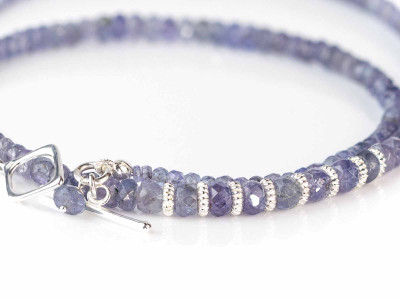 Blue-violet Tanzanite necklace with Sterling Silver Applications.
I used faceted Tanzanite Roundels in AA+ quality and embedded eight twisted Sterling Silver rings in the middle.
The necklace closes with a beautiful sterling silver clasp that has a single Tanzanite.
In a crescent style, it is starting with smaller faceted roundels gradually getting bigger, returning to its descrecent position.
This amazing gemstone necklace is 45cm long.

Tanzanite is a Lavender Zoisite and it was discovered only in 1967 at the foot of Mount Kilamanjaro in Tanzania, Africa.

The presence of vanadium is what creates its incredible colour.
These crystals have quite a distinct property known as plechroism, meaning that they can appear as more than one color when viewed at different angles.

Tanzanite can be see as purple, grey, or blue. Under an incandescent light the stones may even appear violet. Tanzanites are 1000 times rarer than diamonds.
On Mohs scale it has a 6.5 hardness and a orthorhombic crystal structure.

Tanzanite is a calming stone and is said to enhance composure and harmony.

Tanzanite has been declared in 2002 an additional December's Birthstone by the American Gem Trade Association.