SEEDPOD WITH TOPAZ | Sterling Silver Spiga necklace (made to order) 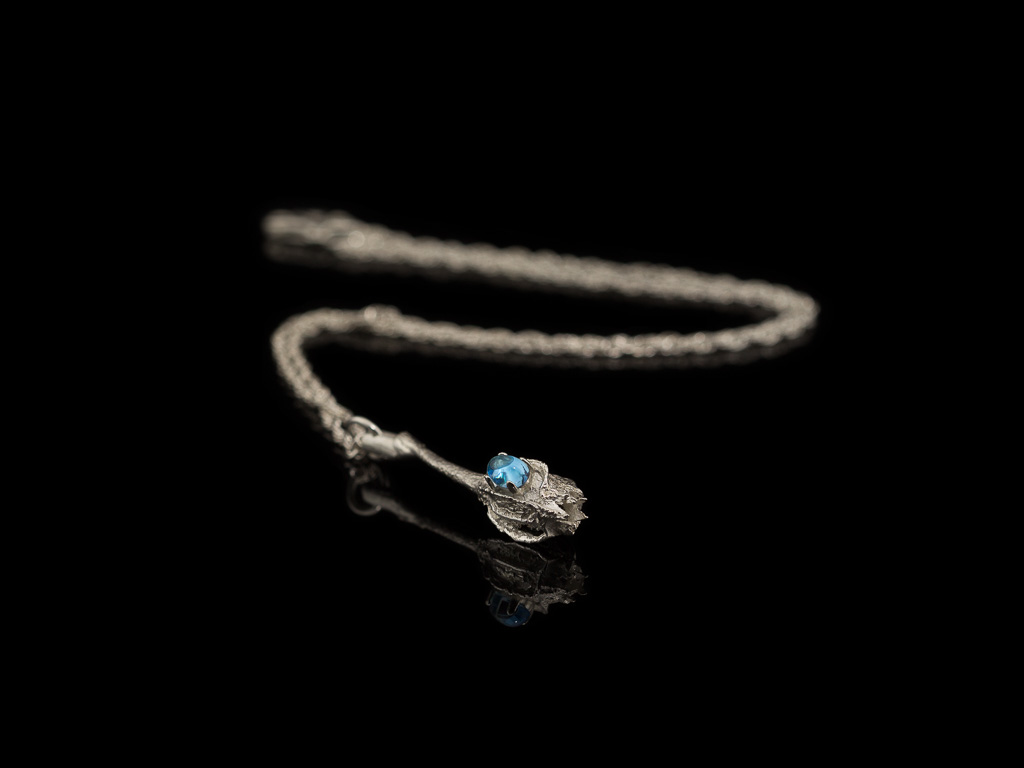 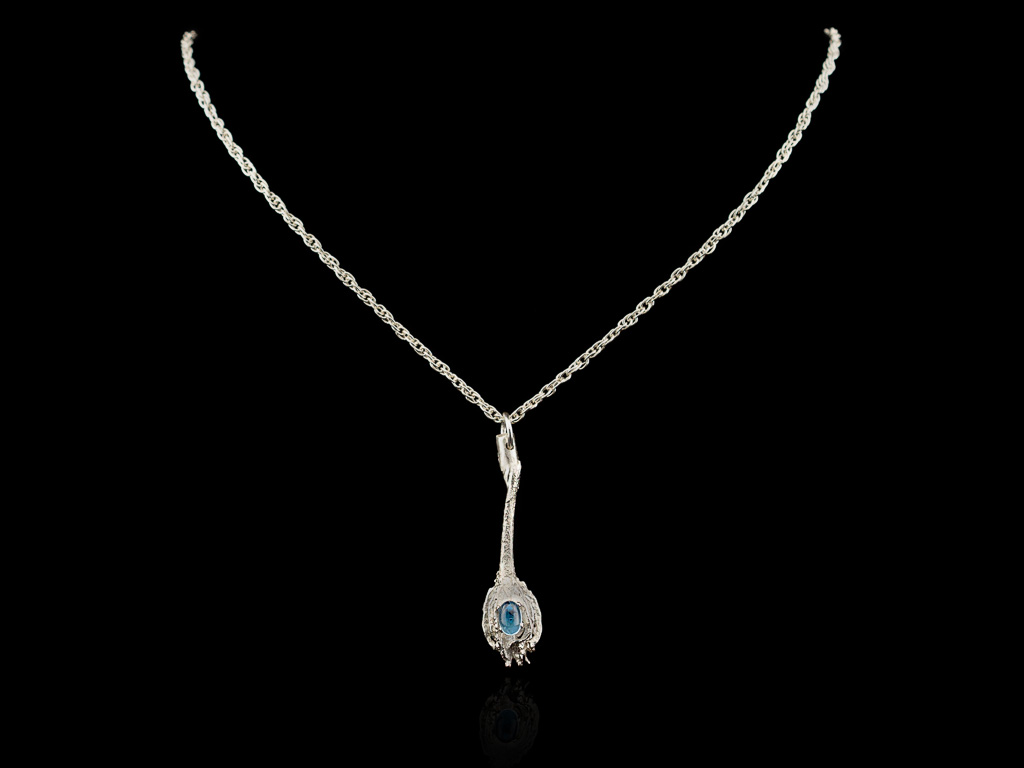 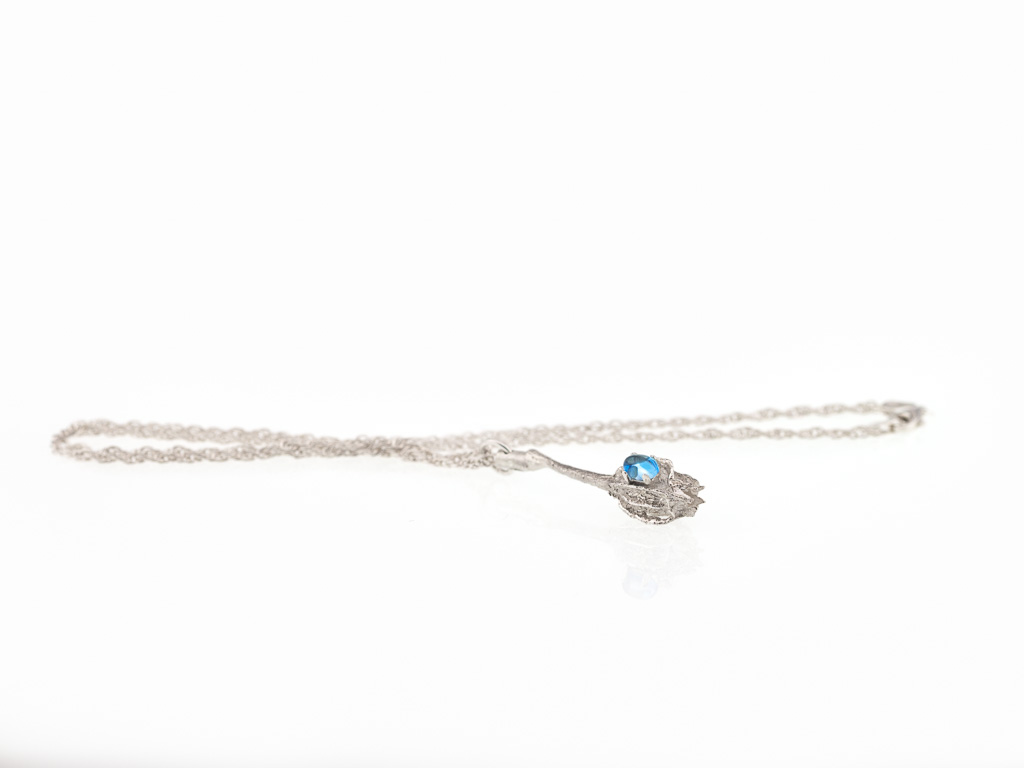 This handmade Sterling Silver necklace features a cast seedpod from one of Hessle’s beautiful gardens as pendant.
This stunning design of nature has been adorned with a smooth oval London Blue Topaz cabochon.
The polished round shape of the Topaz contrasts the rough and matte surface finish of the seed pod.
The italian style Spiga chain emphasises the pristine beauty of these elements.
A Spiga chain is a three dimensional double necklace formed by figure-eight chain links intertwined and giving it a light,
yet more full square appearance as if it were plaited.

The ancient Greek believed, this gem possessed the power to increase strength.
Today Topaz is used to treat insomnia, it stimulates blood circulation and increases appetite.
Probably the most famous Topaz is a colourless, clear one that originally was long thought to be a Diamond.
It is a 1680-carat stone known as the 'Braganca Diamond' that is set in the Portuguese Crown Jewels.
Topaz is traditionally given on 4th, 19th and 23rd Wedding
Among the trade names for the various shades of blue are Sky Blue, Swiss Blue and most intense of them, the London Blue, as seen here.

Drop of Silver in the breeze collier necklace
Creating this Sterling Silver necklace I was inspired by raindrops pulled away to one side before falling off a surface on a breezy summer day on the..
157€
Ex Tax:157€
Add to Cart
Add to Wish List Compare this Product
Question