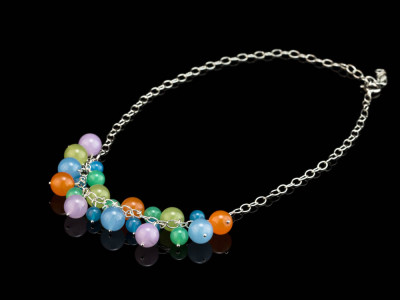 This necklace is made out of Chalcedonite, a semi-precious stone, on an elegant Sterling Silver chain.