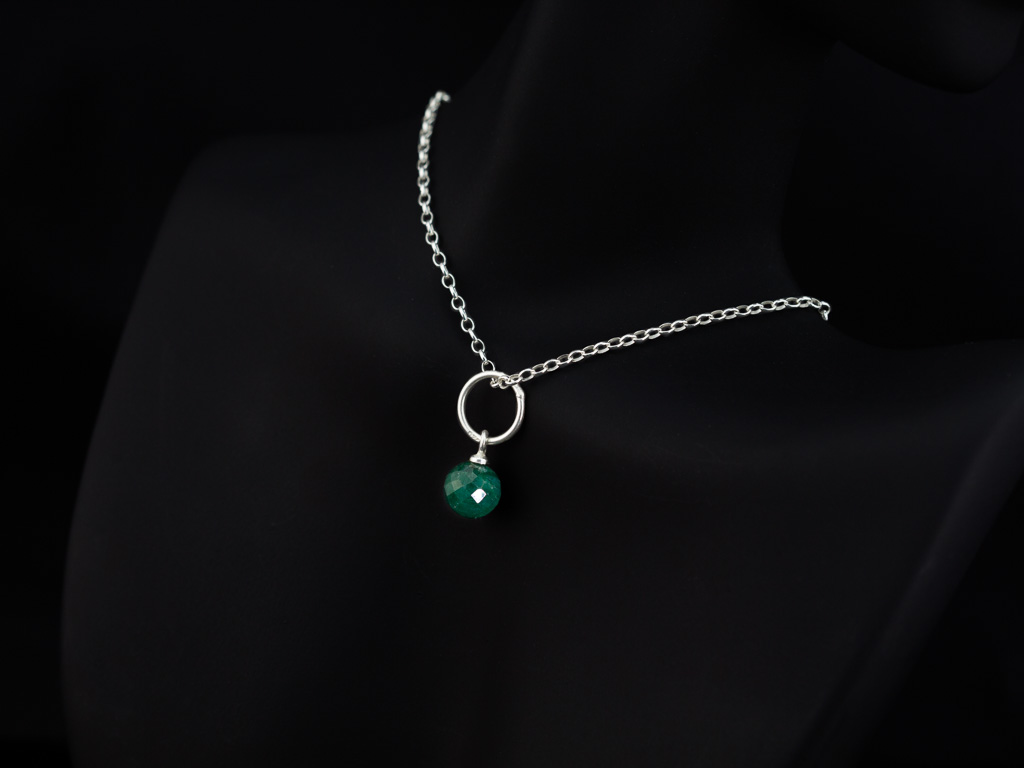 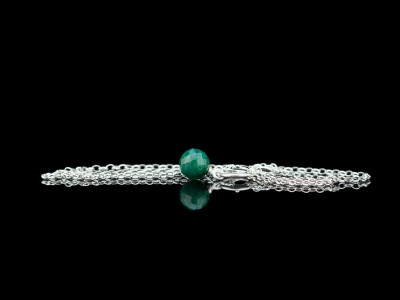 This Sterling Silver necklace is suspending a pendant holding an intensely green Zambian Emerald sphere.
The style of the belcher chain design with its 90 degree angled alternating round links complements the ensemble.

The Incas and Aztecs, in whose former realm the best emeralds are still found today, regarded the Emerald as holy gemstone.
However, the oldest known finds were once made near the Red Sea in Egypt.
These were already exploited by Egyptian Pharaohs between 3000 and 1500 B.C. being referred to as the 'Cleopatra's Mines', and had been exhausted by the time they were rediscovered in the early 19th century.
In Emeralds inclusions are tolerated, in high quality fine emeralds can even be more valuable than diamonds.
It’s one of the genuine four precious stones the other three being the Sapphire, Ruby and the Diamond.
The green of the Emerald is the colour of life and in ancient Rome, the colour of Venus, goddess of beauty and love.
It’s the birthstone of people born in May.

Measurements:
The Emerald has a diameter of 8mm.
The pendant is 20.3mm long in total.
The necklace has a length of 41cm in total.

JUICY AMAZON | Emerald Pearl necklace with Jade and Prase
This is a unique double necklace made of elegant facetted Emeralds and genuine freshwater Pearls. It features a handcrafted wrought pendant..
550€
Ex Tax:550€
Add to Cart
Add to Wish List Compare this Product
Question 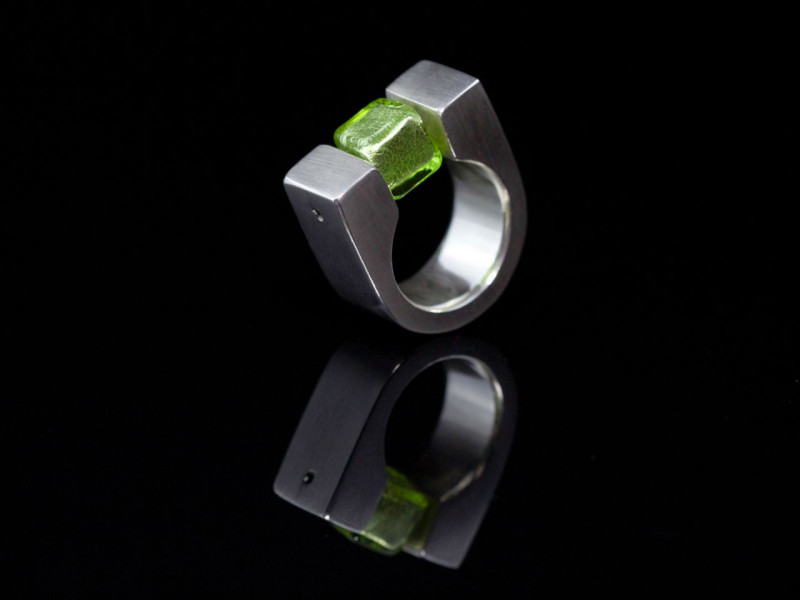