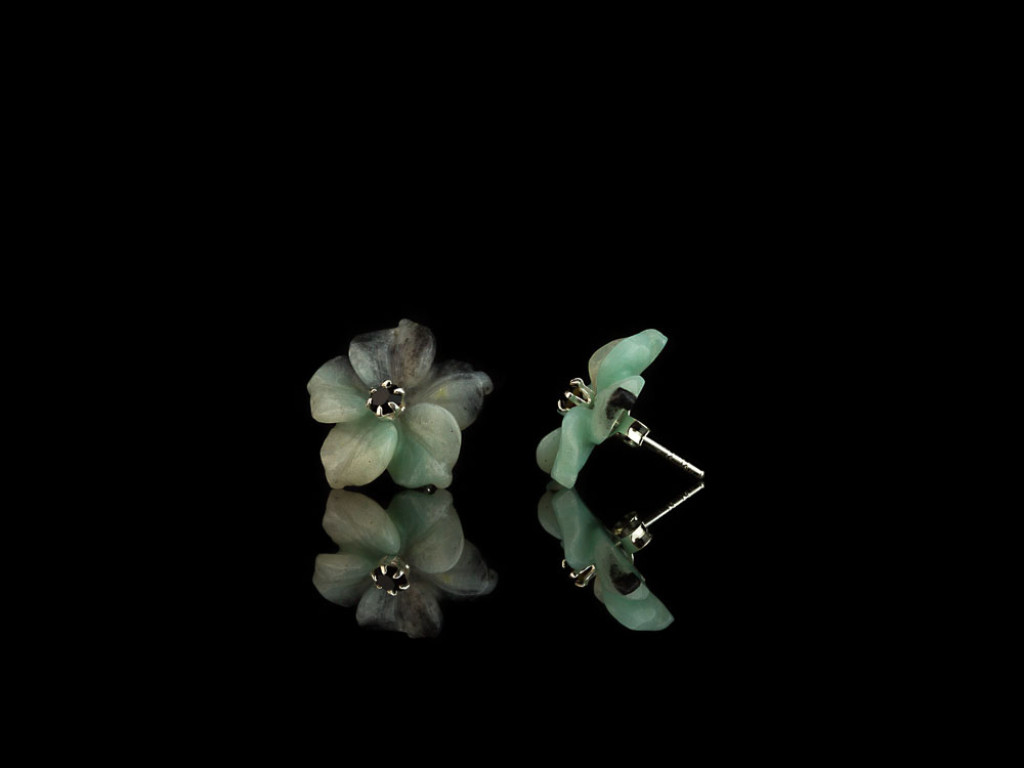 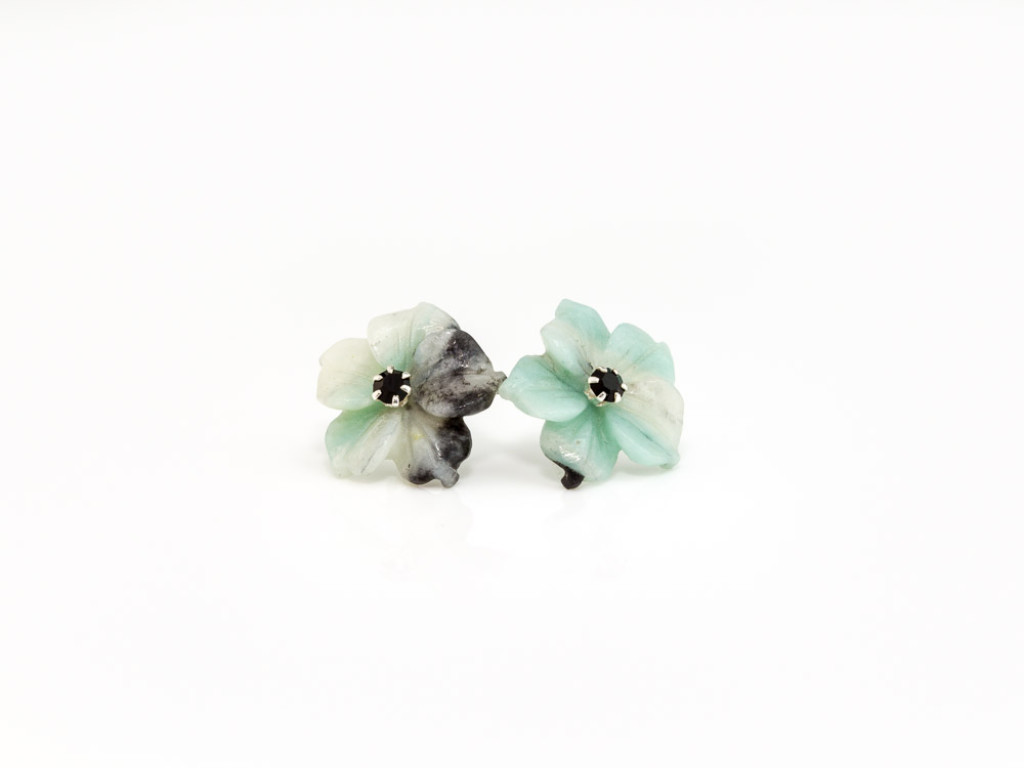 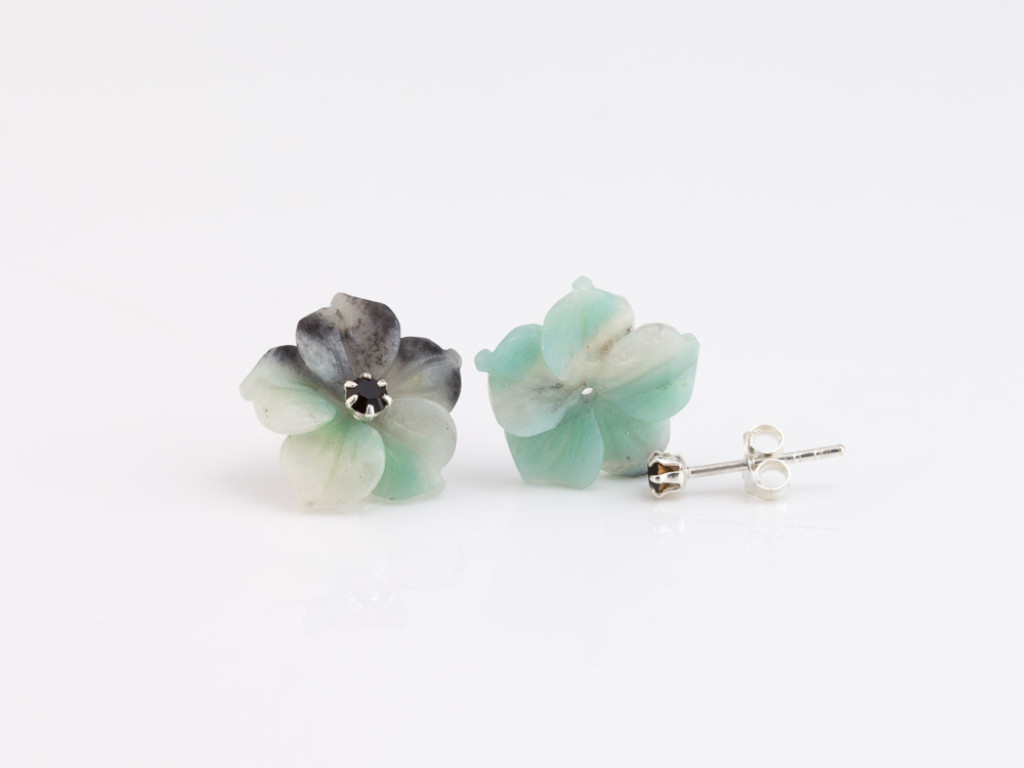 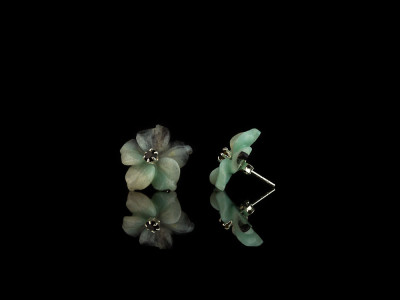 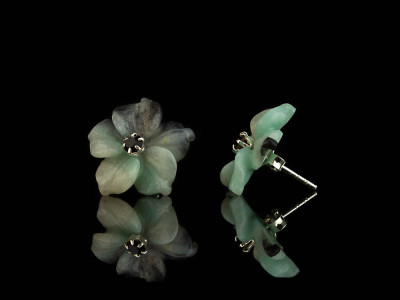 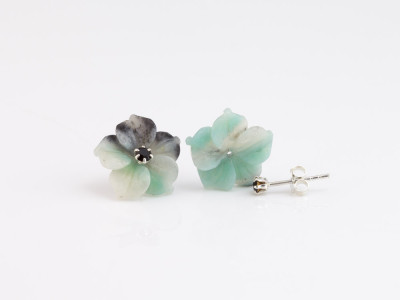 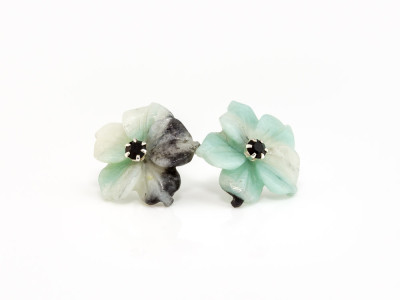 These are exquisite hand-carved Amazonite flowers as ear studs with the pin made of Sterling Silver carrying a black facetted Cubic Zirconia (CZ).

They're exchangeable, you can wear just the little studs or put the flowers on as you can see in one of the pictures.

So they are two in one.

I have more of this series in production right now, so there are other flowers or studs available to interchange.

Feel free to enquire which others are available currently!

The Amazonites I used in these earrings show an amazing marble-like structure with dark grey to black and white stripes on a turquoise-blue to green main colour.

The Cubic Zirconia is a lab-made semi-precious stone that was created to resemble a diamond at first, its sparkle and hardness.

It's not a cheap Swarovski or other glass bead, but a genuine crystal, just like naturally grown gemstones, just man-made.

These look stunningly similar to the semi-precious stone Onyx.

The CZ gemstones measure 3mm and the Amazonite Flowers are 16mm in diameter (17mm at the tips of the flower). 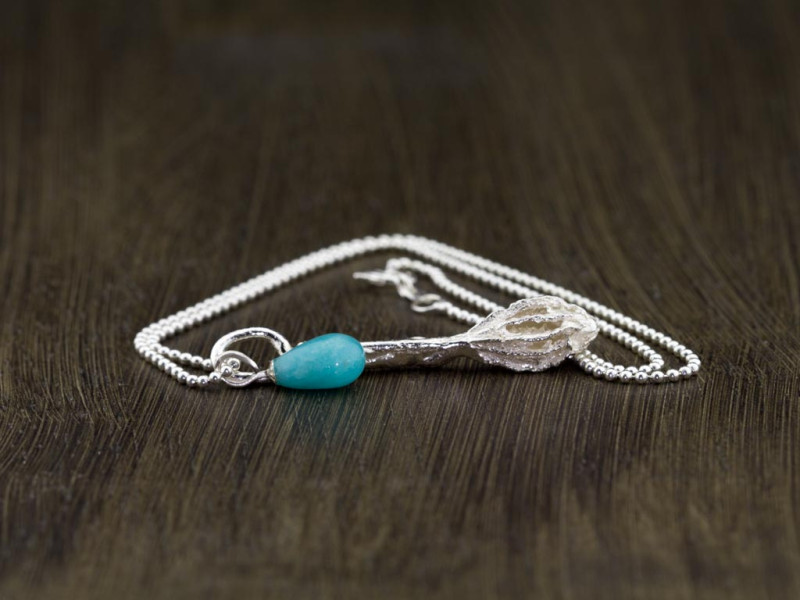 SEED POD AMAZONITE | Necklace in Sterling Silver (made to order)
This is a necklace featuring a AAA quality Amazonite drop along with a cast seedpod stem made of Sterling Silver, attached to a Sterling Sil..
270€
Ex Tax:270€
Add to Cart
Add to Wish List Compare this Product
Question Custom order