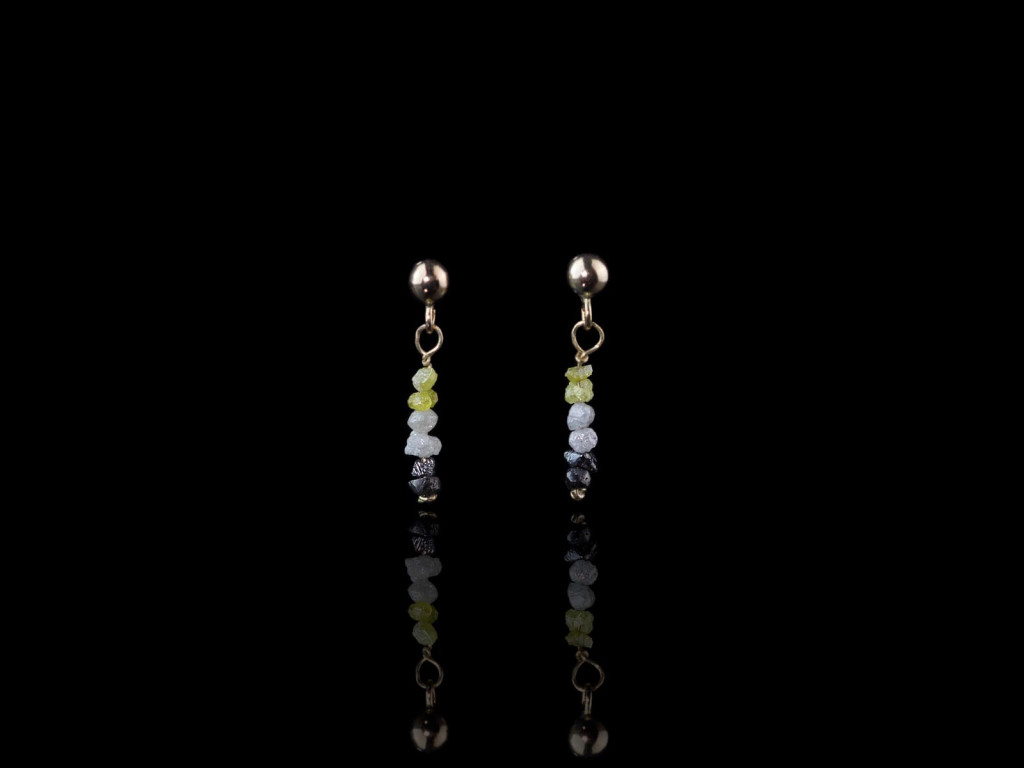 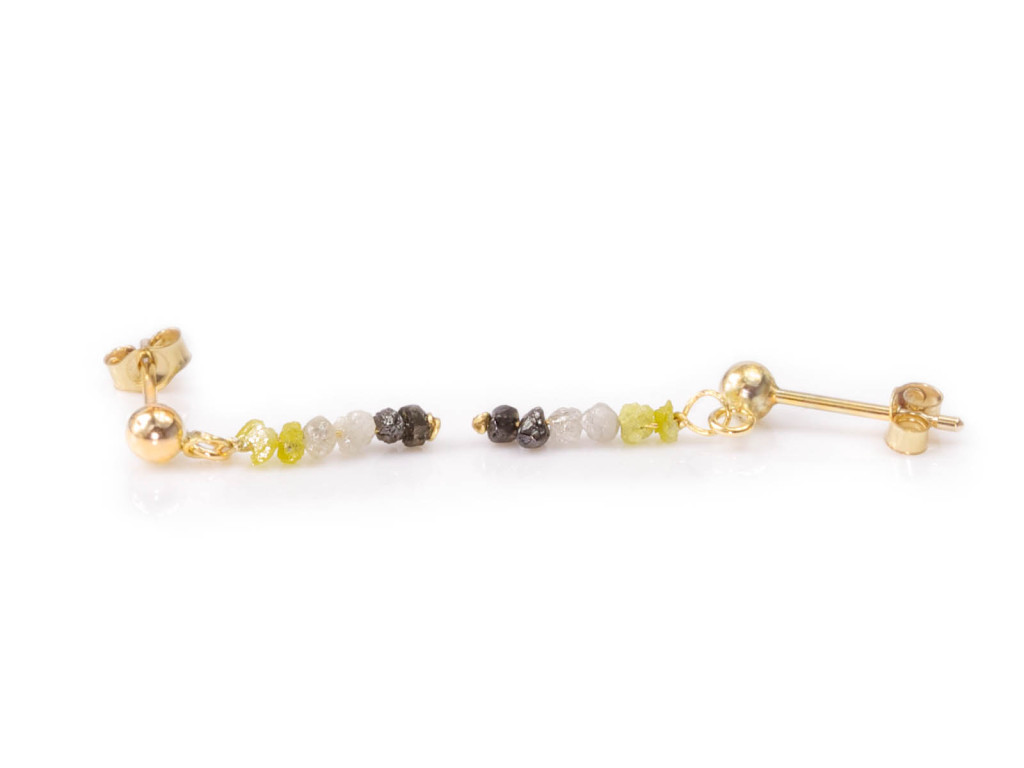 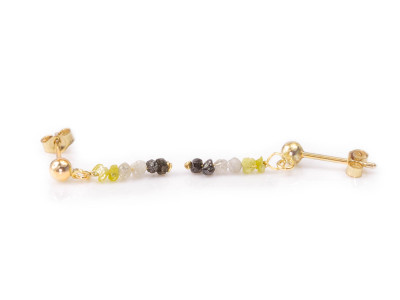 These dangly earrings have Diamonds in yellow, black/grey and white, set on a 9ct yellow Gold wire on 9ct Gold sphere studs.
What I find fascinating about the rough diamonds I used is, not only do they come in different colours, but they also each have unusual shapes.
Natural yellow Diamonds contain the element nitrogen and are also known as "fancy" Diamonds.
The dark silver grey Diamonds are mined in Australia, South Africa, India, Russia and Brasil. Grey diamonds are get their colour from hydrogen.

Most natural diamonds are formed at high temperatures and pressures at depths of 140 to 190 kilometers (87 to 120 miles) in the earth's mantle.
​Diamonds are created out of pure carbon.
They have a very strong crystal structure where the carbon atoms in the crystal are especially strongly bonded.
The word Diamond, comes from the ancient Greek αδάμας – adámas,  which actually means "unbreakable".

Naturally, they can be found in all nuances and colours, from white, black, pale pink, yellow, red, orange, green, blue, and brown, and this has to do with impurities of some light elements, like for example nitrogen.
Due to the presence of certain foreign atoms the colour of diamond can be altered, for example, only one atom of boron that comes on a million atoms of carbon can effectively absorb the colour from the red part of the spectrum and thus produce colour change to, for instance, blue.

CHAMPAGNE DIAMONDS | Earrings in rhodiumplated Sterling Silver
These super elegant earrings are handcrafted from Sterling Silver and then covered in a thin layer of the precious metal Rhodium. Each shiny arc carr..
0€
Add to Cart
Add to Wish List Compare this Product
Question 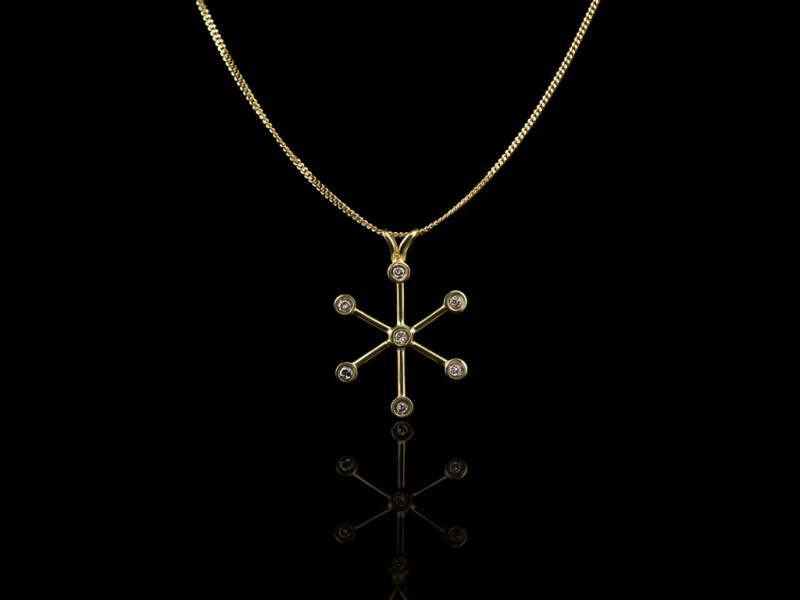